In this post I will be documenting the development process for the game Farm Zombies - a 2D platformer in Unity 3D (The link to the source project is available at the end of the post).

Before I even decided on the name of the game, I started by creating the main character in Photoshop. I decided to go with a pixel style character: 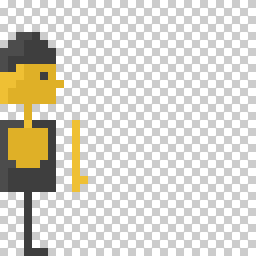 The character ended up resembling a farmer, so I decided to go with a name Farm Zombies.

To justify having the 'Zombies' in the name I went ahead and created the enemies, which are in fact zombies: 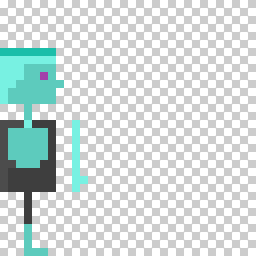 To speed up the development process I used 2D Player Controller from this tutorial.

Now with the Player and Enemies being ready I moved to creating a first level, which I decided to make Farm themed. So I got to work making all the sprites necessary for the level: 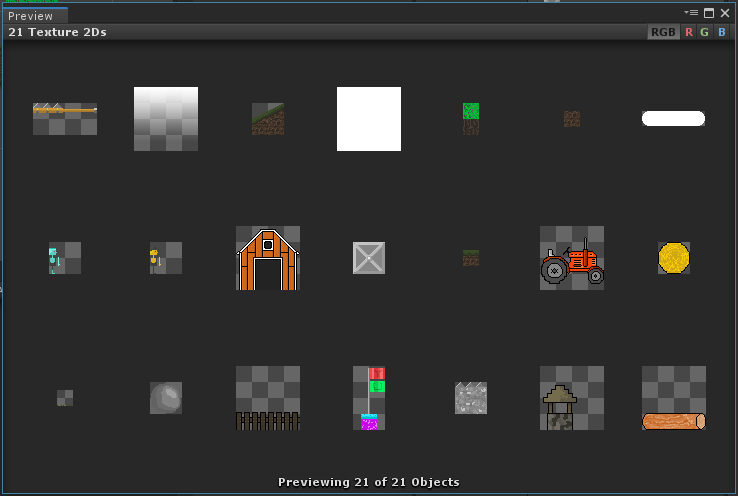 Some of the elements are tile based such as the ground and the trees, with the rest of the details being a fixed size sprites: 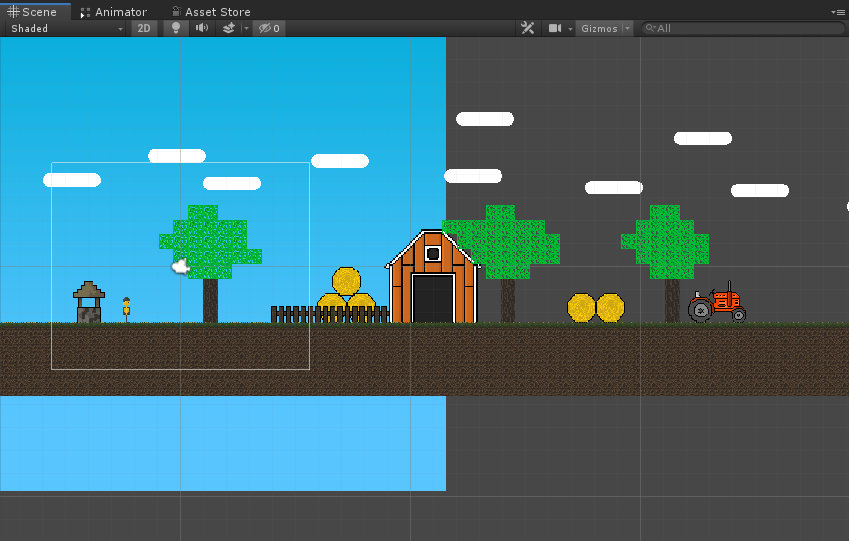 The green flag signalizes the end of the level: 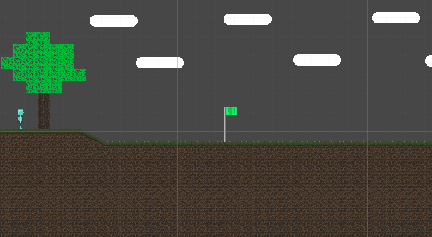 And lastly I created the on-screen labels using UI Canvas to show when the player dies and also an indication what button to press to restart the level: 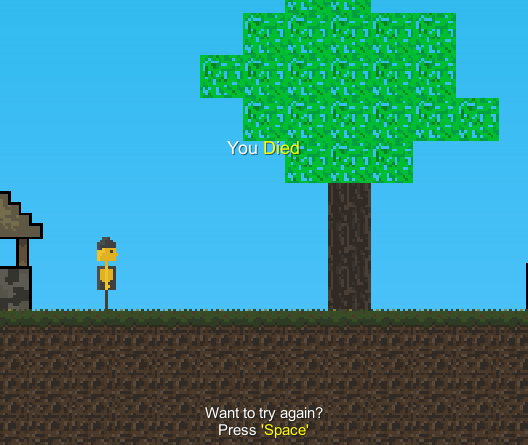 Second week I started by creating a new Level. I decided to go with a medieval themed level.

I went ahead and created 3 new tile sprites and one detail sprite (torch and flames): 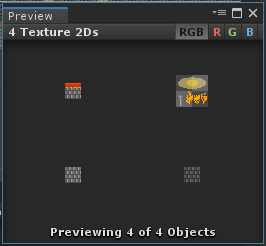 The level is situated inside of a castle with a torches on the wall and the same obstacles as the first level (spikes, zombies, swinging axes and ground holes).

Now its time to put it all together by making a Main Menu with a Level selection.

I began by creating a new Scene then UI Canvas, then started designing the menu title and buttons. Below is the result: 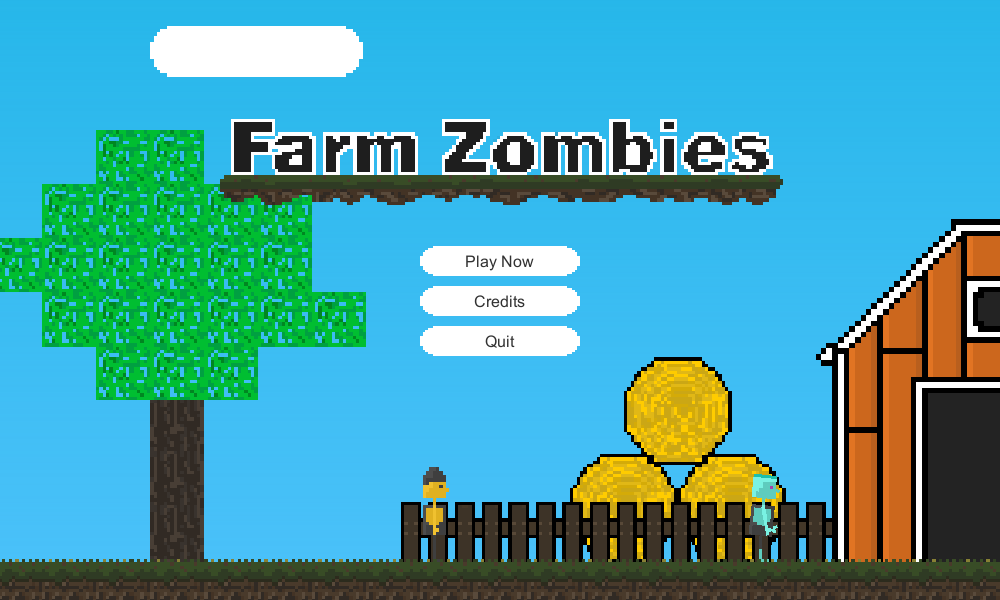 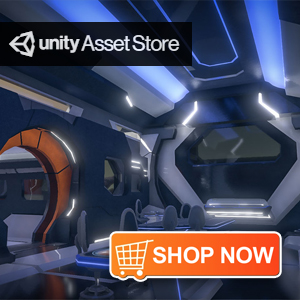